What is the best cryptocurrency to invest in 2019

Here is a non-exhaustive list of the top 5 best cryptocurrencies to invest 2019: 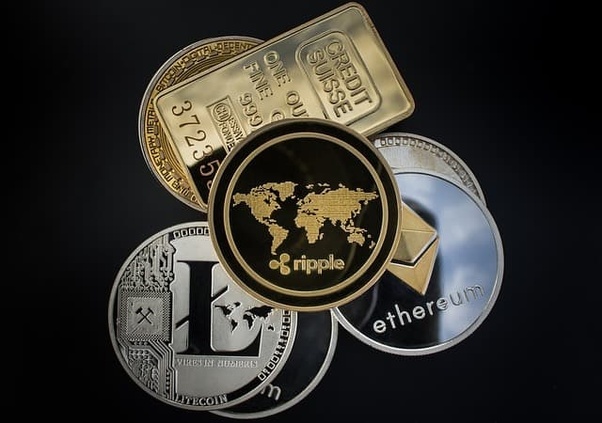 It’s the main trading pair for every other altcoin out there:

So if you want to trade OmiseGo for example, you need Bitcoin to buy it.

And if BTC prices go up, so does the rest of the market. If Bitcoin goes down, every other altcoin is affected.

Bitcoin also has the highest market cap, the world’s biggest cryptocurrency community and it’s the most talked about brand in crypto right now.

In other words, Bitcoin is one of the best cryptocurrencies to invest in 2019.

Ethereum is another platform designed for launching decentralized applications.

Despite facing a lot of competition in the decentralized apps industry, Ethereum’s total market cap is higher than their competitors.

2019 will about making Ethereum more scalable.

Because scalability is the biggest barrier to the growth of ETH.

And many users have complained that Ethereum is too slow to handle mass volumes of transactions.

So what’s in store for their roadmap?

Well, Ethereum has already developed it’s first version of Casper Protocol, which is currently being tweaked.

This will make Ethereum a Proof Of Stake blockchain – making it more secure and scalable.

Plus, their development team is planning to introduce Sharding around 2019/2020.

Binance is the biggest cryptocurrency exchange in the world right now.

More people are going to be investing in cryptocurrency, which means Binance’s user base could grow.

As they’re so well established, it’s the first port of call for rookie cryptocurrency traders.

And because of people’s reliance on Binance, the BNB token is one of the most traded coins on the market.

Because when you trade with BNB coin, you get a discount on exchange fees.

They also have a decent affiliate referral scheme that has contributed to the company’s growth.

Plus the exchange is pretty easy to use and hasn’t had any serious security problems yet, unlike other high profile cryptocurrency exchanges.

OmiseGo is a payment platform.

It’s like a cryptocurrency version of Stripe or PayPal.

They’re part of the Omise group, a company that’s had years of experience delivering payment technology.

With 2 billion people around the world still without bank accounts, OmiseGo could be a very useful alternative. This project could completely disrupt the financial sector.

This could make OmiseGo capable of handling thousands of transactions, driving more users to the platform.

Lisk is a platform for creating decentralized apps.

There are going to be thousands of entrepreneurs with ideas for the blockchain, but they’ll need an easy way to create decentralized apps.

And that’s where Lisk comes in.

Lisk makes it easy for developers to launch their own cryptocurrency token.

Well, mainly because developers can use Java to program their blockchain applications.

If you look at cryptocurrencies like Ethereum, you need to know or hire someone who understands how to program with Solidity.

And that’s no easy or cheap task.

Plus, with new updates constantly being released, Lisk is expected to have a great year in 2019.

So if you’re looking for the best cryptocurrencies for 2019, you need to think ahead and analyse the long term prospects.

About the Author: anania

Who is the best girl of the planet?

HOW MICROSOFT LEARNED FROM THE PAST TO REDESIGN ITS FUTURE

GAME OF GAME OF THRONES: SEASON 8, EPISODE 3, THE LONG NIGHT

Incredible Places to Visit If You Need Peace and Relaxation

Israel Folau: Australia full-back’s future to be decided at hearing on 4 May

GAME OF GAME OF THRONES: SEASON 8, EPISODE 2, A KNIGHT OF THE SEVEN KINGDOMS

Samsung delays Galaxy Fold indefinitely: ‘We will take measures to strengthen the display’

the Most Instagrammable Boutique Hotels In the World